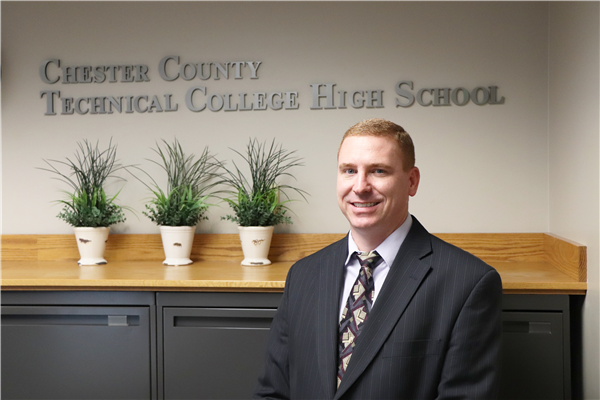 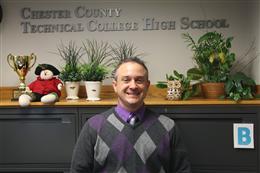 Dr. Hughes began his career in education as a social studies and special education teacher at the Center for Arts and Technology (CAT), Brandywine Campus from 1999-2004. He was the Dean of Students at CAT Pickering until he transitioned into the role of Assistant Principal at CAT Brandywine in 2008. In 2013 he became the Assistant Principal at TCHS Pennock’s Bridge, where he then became Principal in 2015. Dr. Hughes was a wrestling coach at Coatesville Area High School from 1995-2004. He is married to Mindy Hughes and has 4 children.